How to get kids to listen without yelling 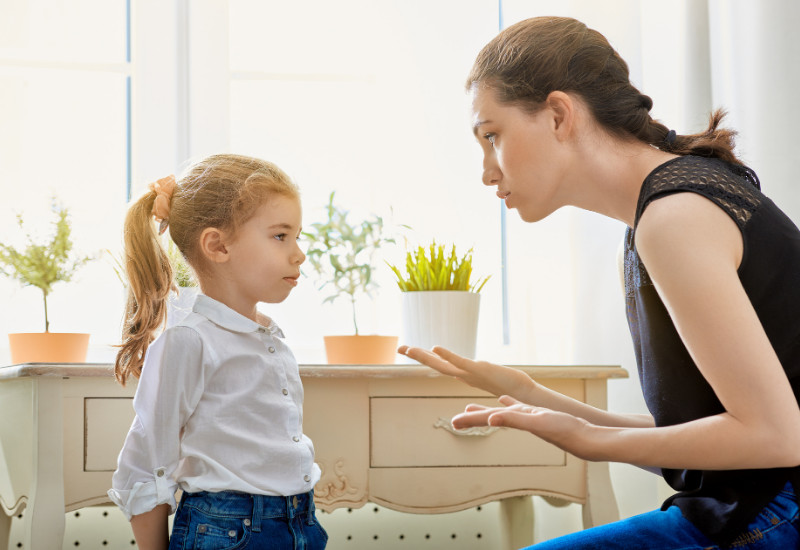 Is there anything more frustrating than asking your child to do something (for the 10th time) with no response?

I can’t think of anything.

If you’re wondering how to get kids to listen without yelling, you’re not the only one.

Kids not listening is one of the most common parenting complaints I hear from fellow moms and dads. It can make you feel like a bad parent, make you embarrassed to bring your child to the store or other people’s home because you never know if things will go wrong.

Maybe your child runs away and refuses to come when you call. It’s understandable when they’re 1,5 or 2 years old, but when your child is 3 or more, you might feel that other people judge you. Some might even make a rude comment.

I know it’s not easy. Especially if your child has gotten used to not listening. Then it’s like with so many other skills – it needs to be trained.

At the end of the day, we can’t force our kids to listen. But we can do several things to increase the possibility that they will.

Does this sound familiar?

You in a calm, loving tone: “Boys, dinner is ready”
No answer. But you hear them tumbling in the playroom.
You try again. This time a little higher: “Booooys? Let’s eat before dinner gets cold.”
Crickets.
You hear them laughing as if you didn’t exist.
“BOOOYS!” Now you’re angry as you storm into their room: “Get in the kitchen. NOW!”

When your kids won’t listen, you feel disrespected, frustrated and more than anything: you feel powerless.

So, you yell to gain power.

And while it does – very briefly – make you feel in control, you won’t get the reaction you need: that your kids actually listen.

Think about it, how would you feel if someone yelled at you? Scared? Mad? Upset? It’s not a great experience, right?

That’s because if we get yelled at, the brain triggers a threat response, and then it becomes even harder for us to listen.

Psychologists have shown that when the Amygdala, as the center of the brain is called, flashes an alarm, it leads to racing heart, rapid breathing, muscle tension, fear and anxiety. And then our ability to think clearly, find solutions and regulate our emotions, is reduced.

Put simply: When we yell, kids become scared or angry. And then they have a much harder time listening. 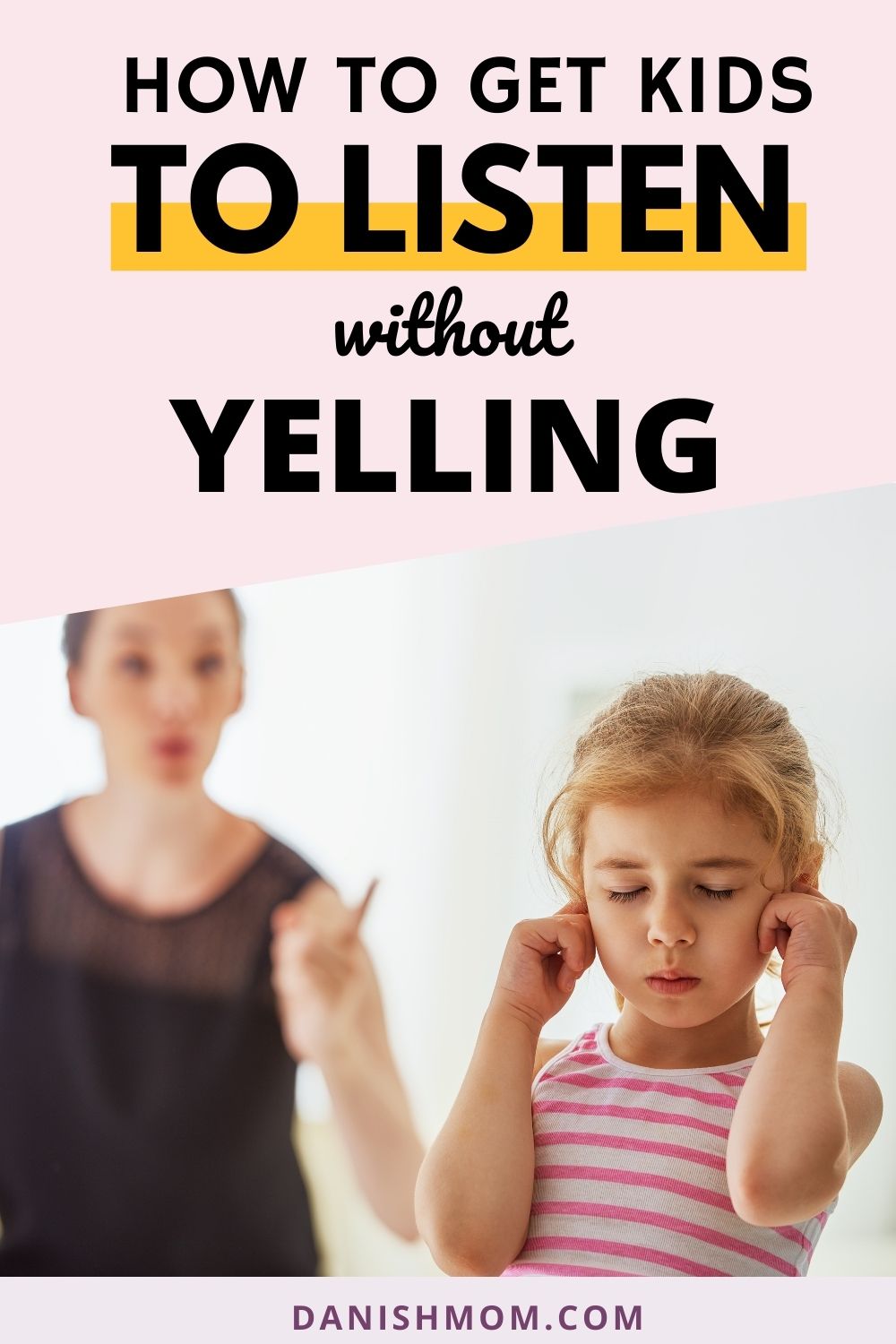 What to do instead

In Nordic parenting, we approach conflicts with connection.

We put ourselves in our kids’ shoes and show them the same level of respect and patience as we would with a colleague or friend. So, if we stay on the example with eating, I’d do like this:

I tell my son to come eat. If he doesn’t listen, I go to him and tell him dinner’s ready. I wait till he comes.

If he doesn’t want to come, I go to him; sit in front of him or put my arm around him. It’s difficult to ignore someone who’s right in your face. And then I tell him to come with me in a firm, friendly tone.

I have several ways to get him to listen, depending on the situation. And they work. He usually listens the first time we ask him to do something. My son isn’t an angel and we’re not perfect parents (I loose my cool, too, sometimes). But this approach is simply the best to get kids to listen AND establish a real connection while you’re at it.

Read next: 20 tips you can learn from Scandinavian parents 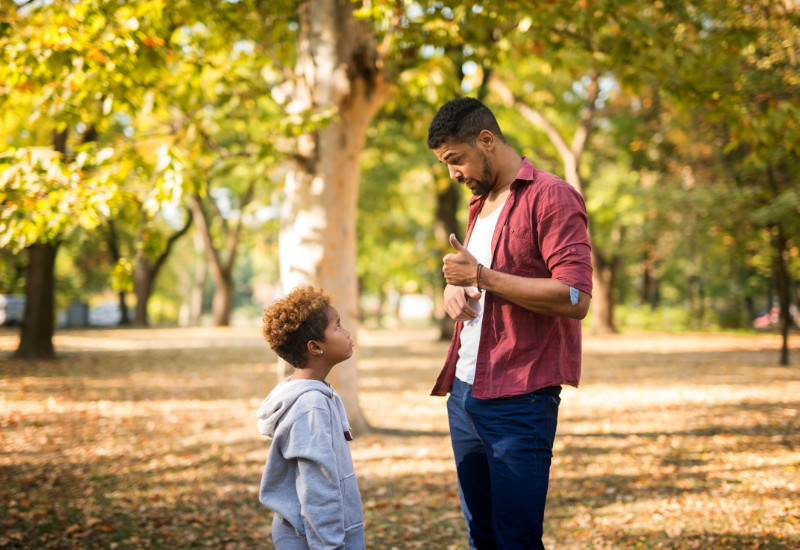 How to get kids to listen without yelling

When I need my son to do something and he doesn’t want to, I reframe.

It’s a very effective Danish parenting method that means you shift focus from what they can’t to what they can do.

So, for instance if we’re at the store and my son wants that super cool new Spiderman and keeps asking, I’ll say: “You can’t have that one. BUT once we get home, we can put it on your birthday or Christmas wishlist. Do you want to help me make a wishlist with the FUN toys you want?”

It works every time.

I often joke that my secret parenting weapon is to distract. It’s funny because it’s so obvious what you’re doing, but kids don’t see it (and don’t care). And that’s what makes it so effective.

The key is simply to distract your child whenever they have a meltdown or won’t listen.

So, for example, if my toddler keeps asking me for ice cream, I subtly change the subject: “You can’t have one now. But if you could, which flavour would you like? or “would you want a huuuuuge one or one with a gummibear?” While we’re busy talking about the gigantic imaginary ice cream, he forgets about his immediate need for it. I end the conversation by saying that we should have one of those ice creams one day.

He’s always content with that because he knows I keep my promises.

3. Avoid or remove the problem

Removing the problem is another simple way for how to get toddlers to listen without yelling.

If Theo doesn’t want to pick up his toys, I take the toys and tell him that he can have it back when he’s ready to listen. I do the same at the store. If he keeps having a meltdown while we’re shopping, I don’t take him with me. I avoid the problem all together and shop before I pick him up at Kindergarten or leave him with my husband. 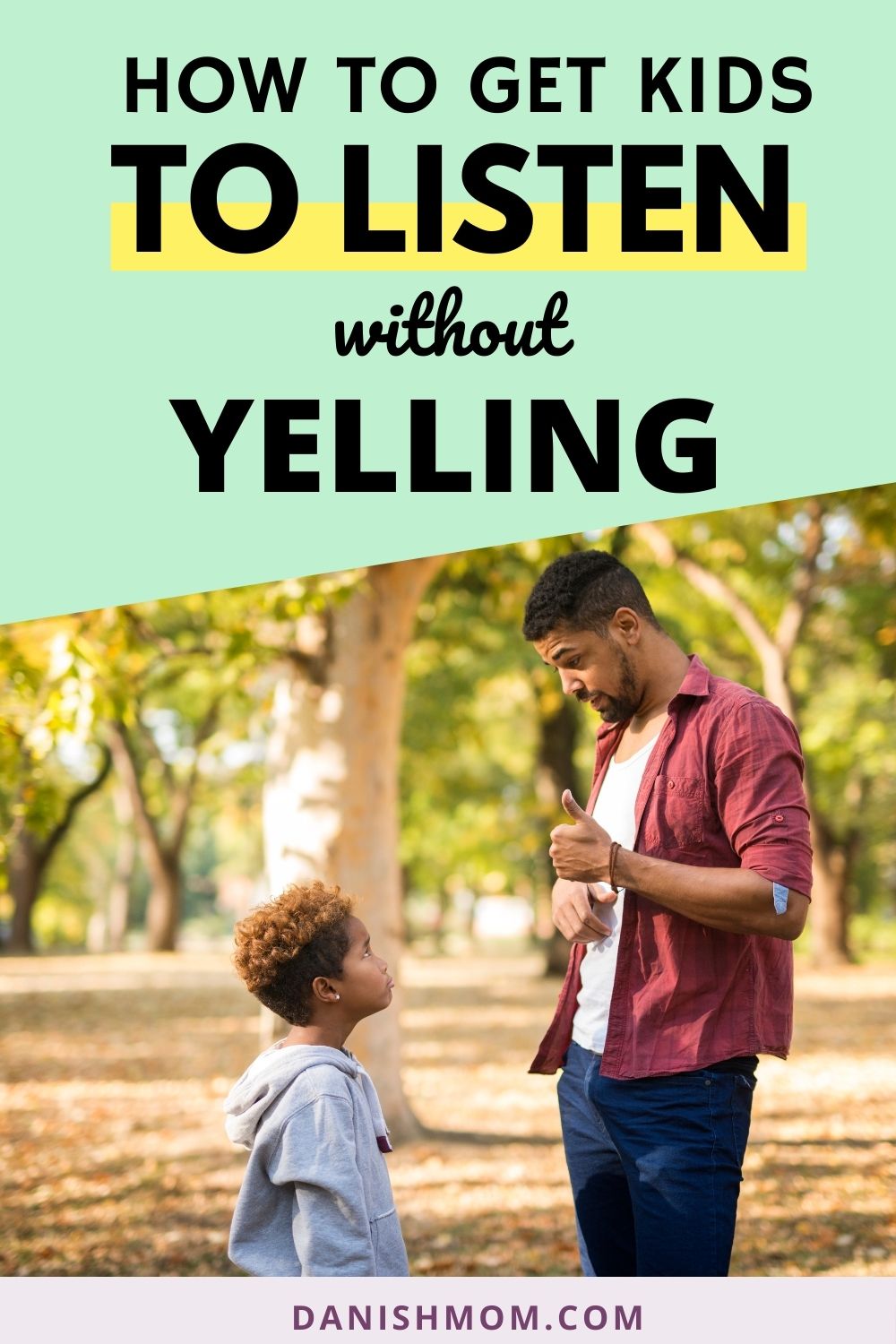 If you want your child to listen, try to avoid saying what they can’t do. Say what they should do instead.

So, for instance, say “lift your feet” instead of “be careful, don’t fall”. Or “We only have one Grace, let’s take good care of her” instead of “don’t hit Grace”.

You’re focusing on the positive instead of the negative here.

Just as words have power so does your body language. These postures come across as hostile so they’re best to avoid:

What to do instead: Move an inch closer. Sit or kneel so you have eye-to-eye contact with your child. This way, you’re on the same level, which makes it easier to establish open communication.

If your child is acting out or won’t listen, talk to them about it. Ask what’s going on, and if they’re too young to put it into words, help them express their feelings. You can ask: “Are you upset that you can’t play anymore because you have to go to bed?” or “I see you really want that candy. It means a lot to you, huh, hon?”

If they feel understood, they’ll feel like you’re on the same team. That’s how you build a connection between you, and when you have that, they will naturally want to please you. Maybe not every time, but 9 out of 10 times, they will do as you ask.

This, mama, is the key to make your kids listen. 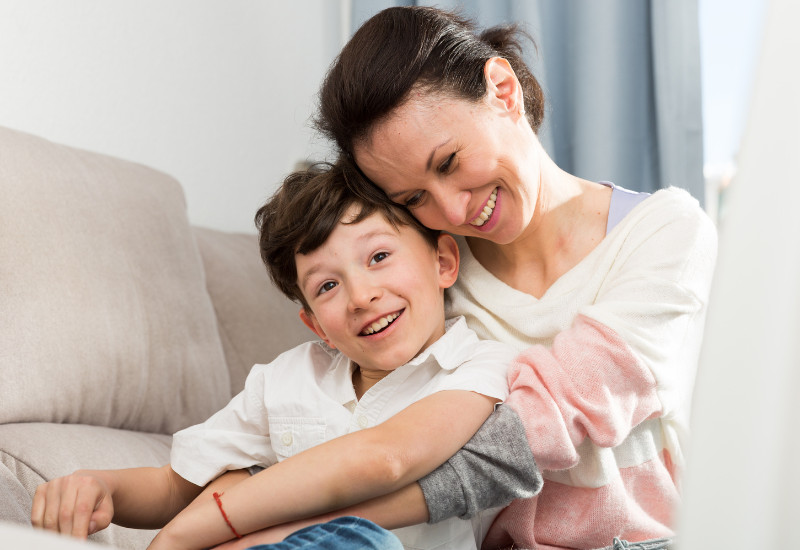 To make it easier for your child to listen, keep it short.

No looong explanations about why they can’t stay up or why they need to wear shoes outside.

Kids often stop listening after a few sentences, so make your point, and make it quick. So: “pick up your toys” or “put your shoes on” is what you need to say to make them listen.

Think about what’s important to you when raising your kids. Because you can’t have it all (at once).

If it’s important that your child learns to wash his hands before dinner, focus on that. Not the four other practical things when you’re about to eat. Everything should be practiced over and over again, but not at the same time.

More on how to get kids to listen without yelling 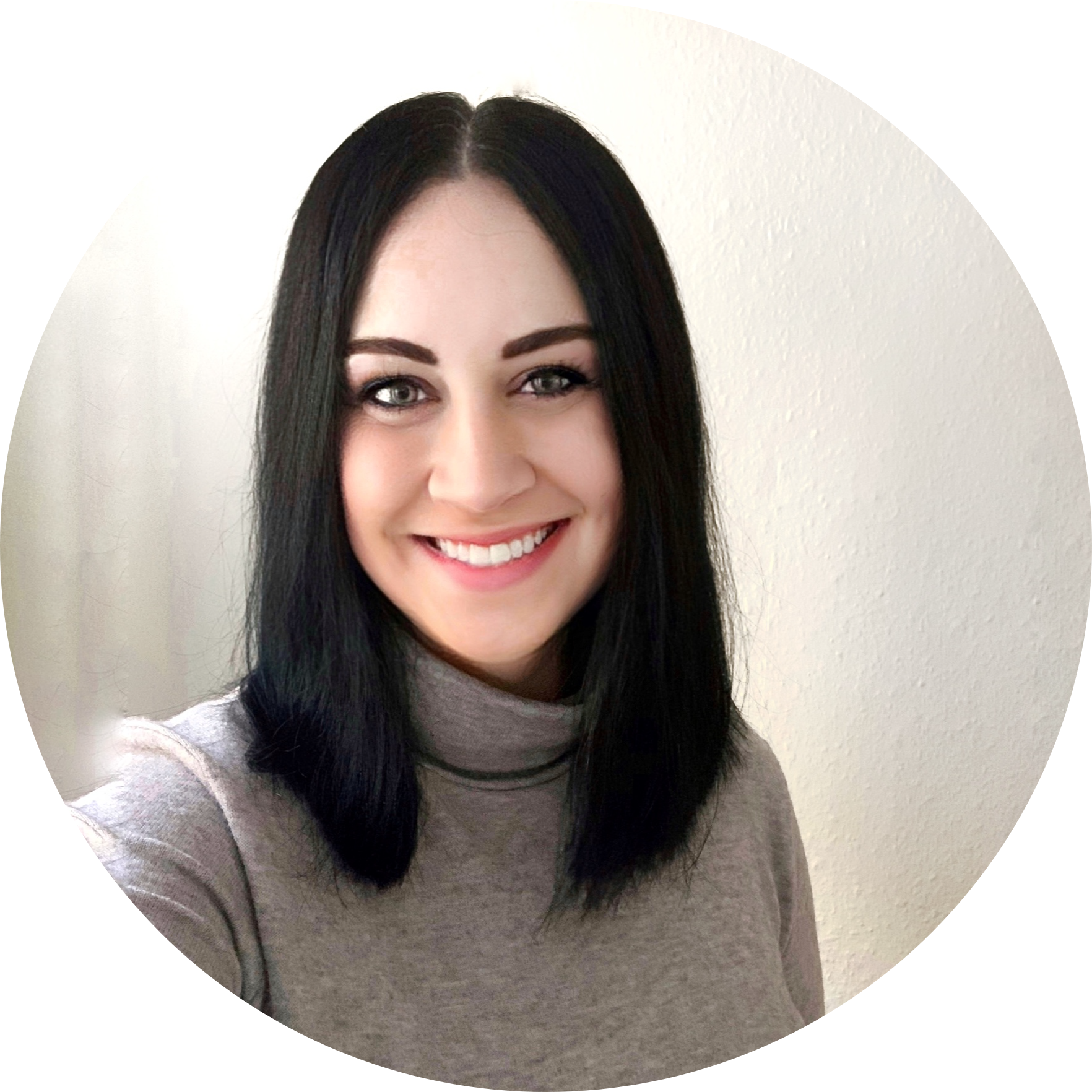