Why independent play is important for cognitive skills and health 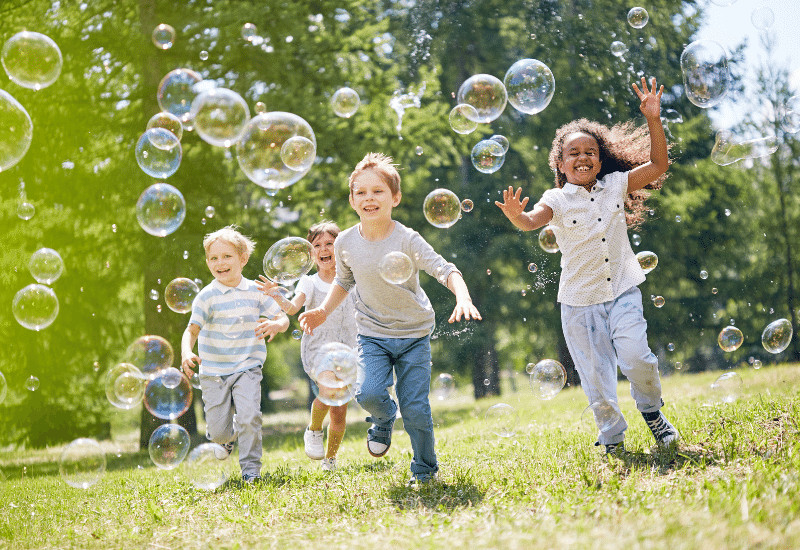 In Scandinavia, a happy childhood is filled with imagination and bruises from playing outside.

That’s pretty much the recipe for happy kids around here.

We let kids play independently every day, because when they do, they develop imagination and independence. It’s an important part of their development because kids who have independence are less likely to be anxious, and more likely to grow into capable, self-sufficient adults.

Today, we’re going to look at why you should get started with independent play and what the MANY benefits are for brain development and health. And trust me, they are extensive and well documented.

When you’re ready, here’s the next step: how to encourage independent play.

What is independent play?

Independent play is when your child plays on its own without parents interfering. While you’re present and available, you’re not in control of the activities.

In Scandinavia, we call it unstructured play.

It’s free, unstructured, independent and open-ended play; and the child is in charge, not the adult. It’s the opposite of structured play, which is planned and intentionally directed by an adult – like organised sports (e.g. soccer) or board games with rules.

In free independent play, your child can explore and experiment, and this is important for children’s creativity, learning and development, according to research.

Read next: Curious about Nordic parenting?Here’s what you need to know about independent play in Scandinavia. 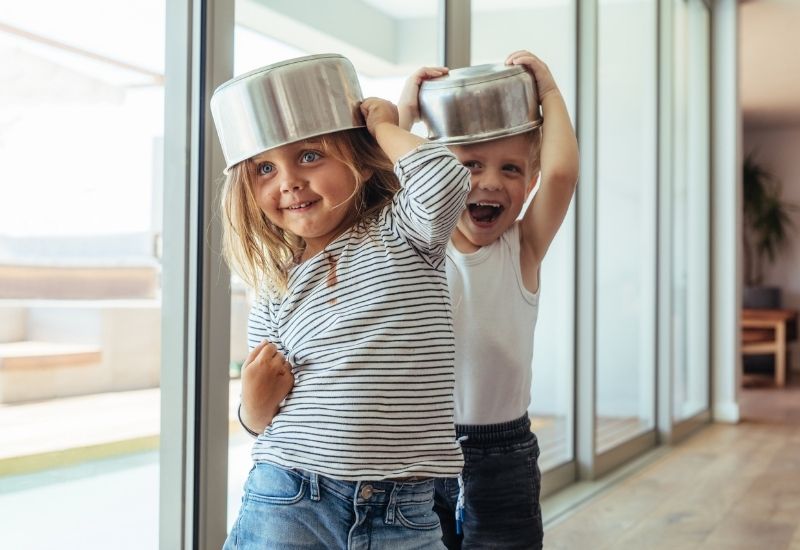 What are the benefits?

The benefits of play are many and well-documented.

When children play alone (without adult participation or supervision), they’re allowed to feel what it’s like to decide for themselves. THEY have to take the initiative and make things happen. And they have to solve the problems that arise themselves.

Experiences like these give children a sense of competence (“I can do it!”) and they can transfer it directly to real life situations.

Research shows play can improve children’s abilities to organize, plan, get along with others, and regulate emotions. In addition, play helps with language, math and social skills. It even helps children deal with stress, such as life transitions like entering preschool.

Another study shows that children who were in active play for one hour per day were better able to think creatively and multitask.

These are some of the many benefits of independent play for kids:

The health benefits of play that involves physical activity are many, according to The Power of Play.

Win-win for mama, too

Another benefit of unstructured play is that you get time to yourself, too. And that’s pretty handy when you need to get dinner ready, clean, get dressed or simply need a moment to yourself.

Independent play is a win-win for everyone in the family! 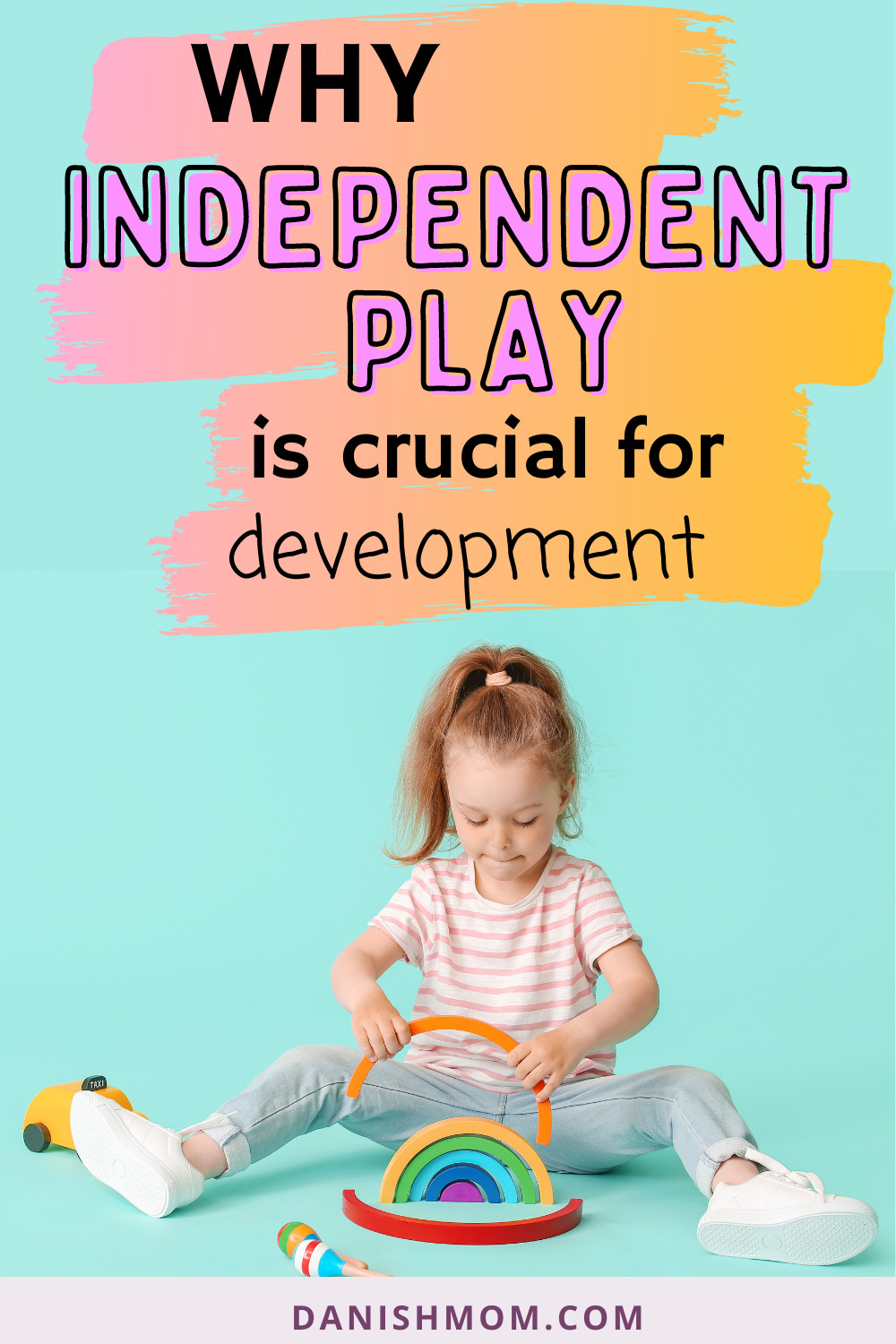 Independent play is any kind of activity where the child plays on its own. If it involves toys, they’re usually open-ended toys. It can be:

When can kids play independently by age?

0-1 year
When it comes to independent play for babies, you can start early. I’ve started when my kids were around 3 months old. Make sure there’s no danger around and no toys that are small enough to be swallowed, and always be close by. Start with 10 minutes two times a day and then slowly increase.

1-3 years
Independent play for toddlers requires help and inspiration from the parents. Toddlers can help mommy out in the kitchen or help do the laundry. Theo has been helping with laundry since he was 1 years old, and he loves it. At this age, 30-60 minutes per day is perfect.

+3 years
Children over 3 years are capable of playing by themselves – and it’s important to give them space for that. Pay attention to what they might need before they can complete or get started with playing, without ‘fixing’ and completing things for them. For example, if they want to build a pillow fort, it’s often the process that’s the most fun, and not necessarily the finished fort.

Read next: 10 best imaginative play toys for toddlers to keep it FUN

How to encourage independent play

First, mama, you have to let go of the mom guilt.

You’re NOT neglecting your child by letting him play on his own. Quite the opposite, actually. You’re helping him grow into a strong, confident man, who can make decisions on his own.

Research have shown, time and again, that unstructured free play and solitary independent play benefit our children. They have fun. They learn.

And that’s our goal, right?

To raise happy, confident and resilient kids. And don’t worry what other people think, because your child is learning something important – to be independent.

I’ve written an in-depth guide on how to encourage independent play. Go read it and get my steps to teaching your kids to play on their own. 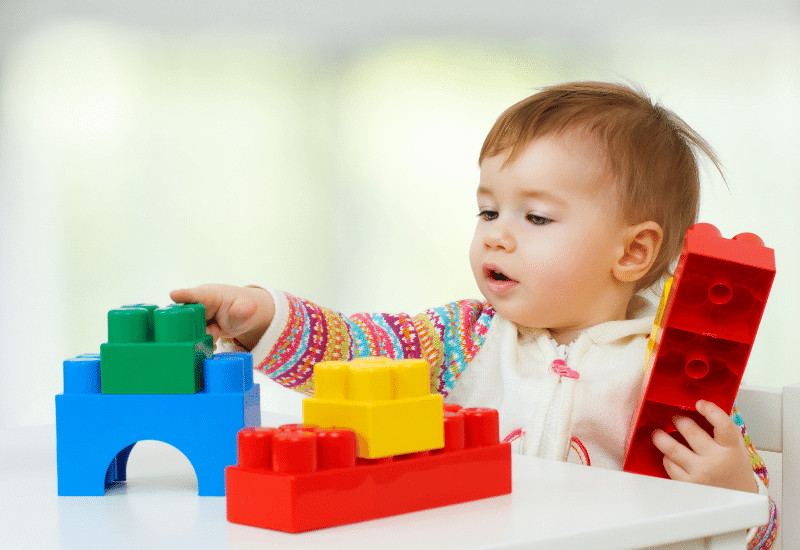 At what age should a child play independently?

How long should a 3 year old play independently?

What are the 4 types of play?

Is it OK to let a toddler play alone?

Absolutely. Provided, of course, that you have given them a safe and comfortable space in which to play. Independent play is vital for the development of your little one’s physical and mental development. And, so, independent play is encouraged and should be practiced daily.